Timor-Leste: the Birth of a Nation

From 1974 to 1999 the people of Timor-Leste (formerly East Timor) suffered one of the most brutal occupations of our time. Under the Indonesian military, one third of their population perished.

In August, 1999, in a referendum sponsored by the UN, Timor-Leste’s citizens were allowed to choose between remaining a part of Indonesia or reclaiming the status of an independent democracy. The vote came in with 86% for independence.

That was not going to be the last word. The Indonesian army had prepared for this possibility, and had trained and backed pro-Indonesian militia across the island. When the vote came in, the militia were unleashed. Executing a “scorched-earth policy”, they systematically burned 85% of the buildings in the country, destroying virtually every business and school. Fishing nets were burned, communication and transportation disabled or stolen, the buffalo needed to work the fields slaughtered.

The United Nations, spearheaded by an Australian peacekeeping force, entered the county and stopped the bloodshed. For two years following, the United Nations administered the country. They held elections for the country’s first democratically elected Parliament, who wrote a Constitution and established the infrastructure for the fledging nation. The first Presidential election was held, electing Xanana Gusmao, former head of the independence fighters, as the new democracy’s first President.

By May, 2002, the country was stable enough on its feet for the UN to turn over the reins to the new government, finally delivering to the Timorese people the freedom they have voted for in 1999. Dignitaries, royalty and Presidents from around the globe attended. Former President Bill Clinton represented the US.

The Timorese flag, which only years before would have been grounds for imprisonment or even death, was officially raised on the democracy for the first time.

Mary began working with Timor-Leste in 2000, at the request of Nobel Peace Prize laureate José Ramos-Horta raising school supplies and other resources to help the country rebuild. In 2002 she was on the ground when the new democracy stood on its feet, webcasting the independence celebrations globally in partnership with the UN Foundation.

In 2008, then President José Ramos-Horta narrowly survived an assassination attempt, when a group of renegade soldiers invaded his home and put three bullets in his back. Mary traveled to Australia to the safehouse where Ramos-Horta was recovering, and helped to edit and release his first media statement about the attempt on his life.

In 2009 she brought musician Paul Simon to the country to distribute 4000 mosquito nets to families with young children and expecting mothers. In 2012 she again traveled to Timor-Leste, now to build the web and media strategy for President Ramos-Horta’s office, and to train his staff on web and social media.

As Dr. Ramos-Horta moved on to do high level missions of the UN Secretary General, Mary built his personal website (ramoshorta.com) and Facebook pages and has continued in an editorial and media capacity supporting the peace building efforts of this young nation’s “founding father.” (See samples of additional editorial work here). 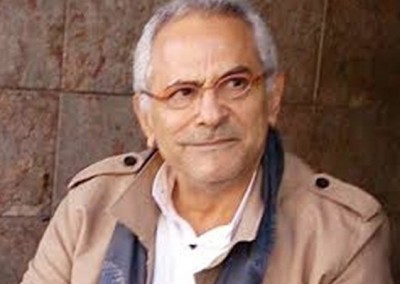 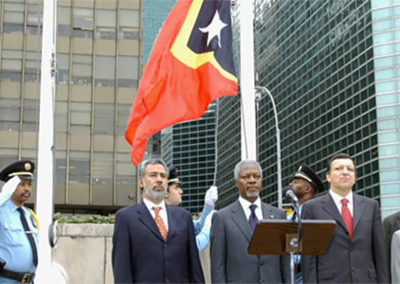 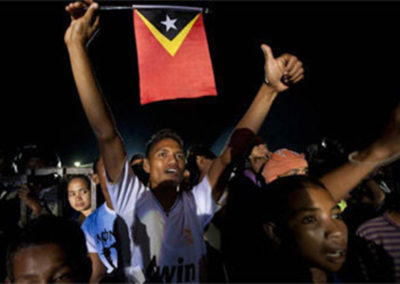 International Webcast: Birth of a Nation 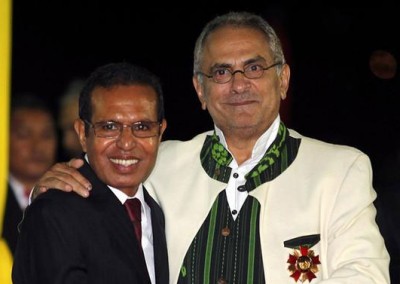 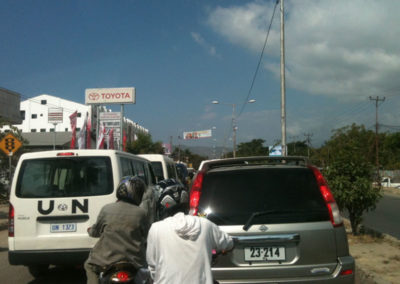 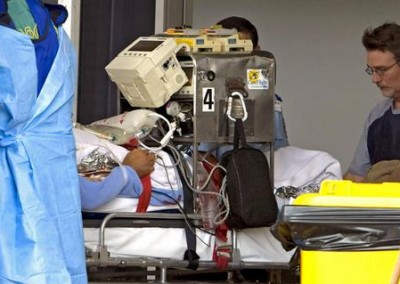