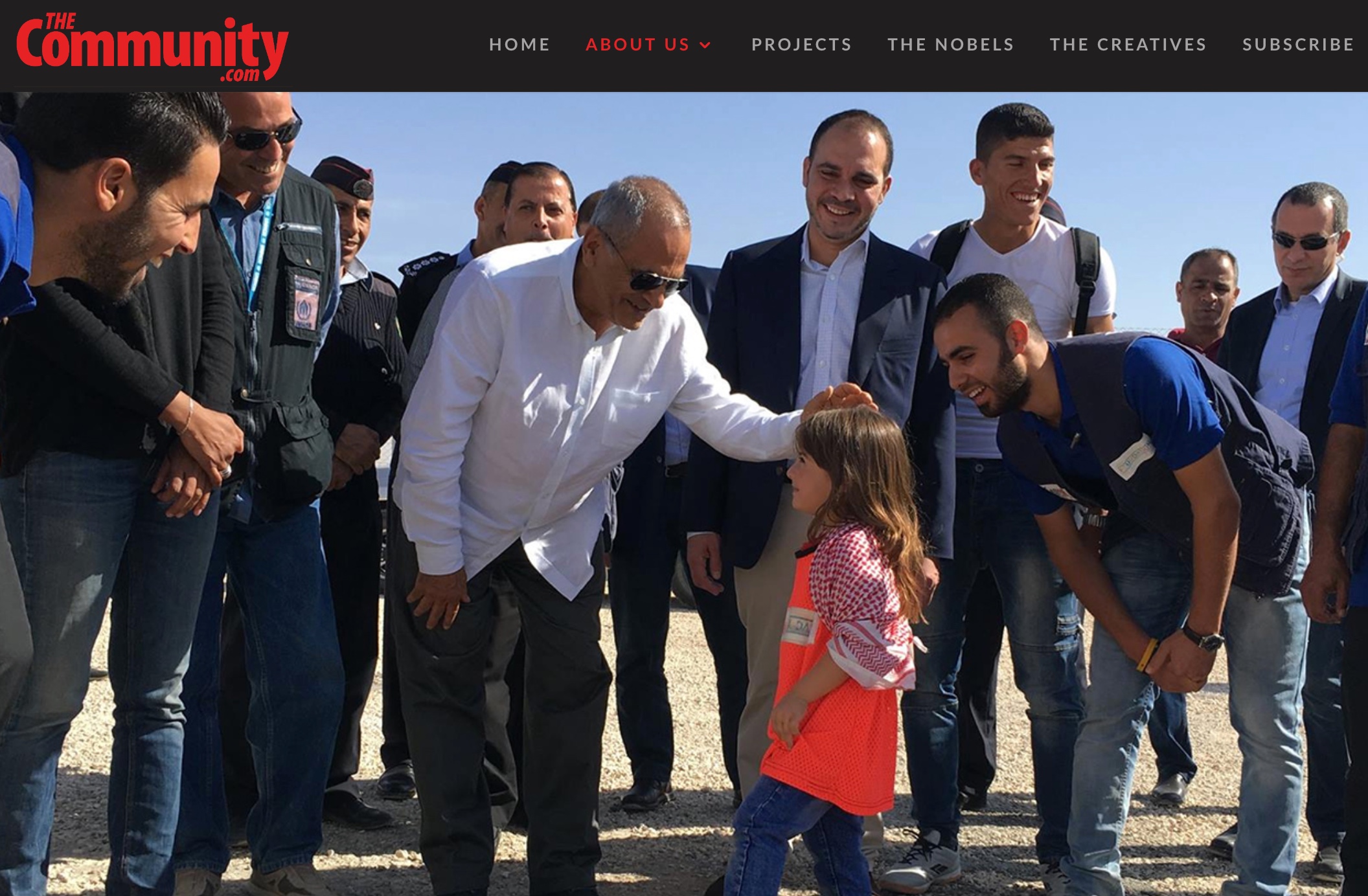 “Over the last years I have had the opportunity to engage in cooperative efforts with Mary’s web site, TheCommunity.com. She has initiated messages from me on issues near to my heart.

“I have been pleased to see her carry these messages out, not only on her web site, Facebook and the Huffington Post, but at times to hundreds and even thousands of news outlets.

“I have happily referred to Mary as a ‘co-conspirator.’

TheCommunity.com began in 1999 as a portal for non profit organizations in the San Francisco Bay Area. They started with the first “High Tech Day” with Habitat for Humanity, mobilizing virtually every large tech company in the Bay Area to sponsor and/or send staff to three simultaneous Habitat builds around the Bay.

Today, as the site has expanded to encompass international issues, 27 of the living Nobel Peace Prize winners have been involved in projects on the site. The site has connected artists including Bono, Michael Douglas, George Clooney, Paul Simon, Peter Gabriel, Harrison Ford, Gwyneth Paltrow and many others to the causes of the Nobel laureates. It has been covered the New York Times, LA Times, CNN, AP, Daily Beast, Huffington Post, Washington Post, International Herald Tribune and more.

Most recently TheCommunity.com launched an action appealing to the King of Saudi Arabia to stay the executions of 14 young men who were sentenced for taking part in protests.