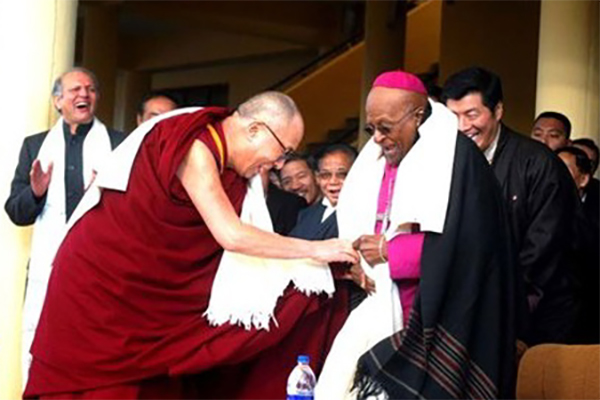 In March, 2009, TheCommunity.com and the International Campaign for Tibet cooperated on the release of an open letter from Nobel Peace Prize winner Archbishop Desmond Tutu on the subject of China’s treatment of the Dalai Lama. The letter was proposed to the Archbishop and edited by Mary Wald.

It was then sent out for celebrity support by both TheCommunity.com and the International Campaign for Tibet. It was signed by Harrison Ford, Gwyneth Paltrow, Peter Gabriel, Christy Turlington, George Clooney, Samuel L. Jackson, Don Cheadle, Jordan’s Queen Noor, Elie Wiesel, Mia Farrow, Graham Nash, Adam Youch, and many others.

The letter, which was proposed, drafted, circulated and placed by Mary Wald, was picked up by AP, the Washington Post, the New York Times, Newsweek/the Daily Beast and others. It ran on the front page of the International Herald Tribune.