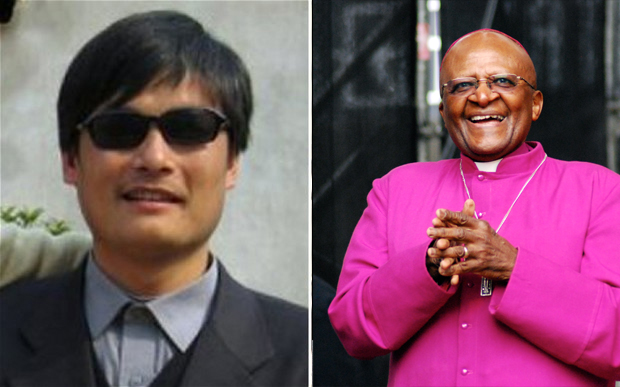 June 2013 marked the 25th anniversary of China’s crackdown in Tiananmen Square in 1989, when the Chinese military opened fire, killing thousands of students and other peaceful demonstrators.

As the anniversary approached there were calls from incoming President Xi Jinping for a “renaissance” in China, and the realization of the China dream. Included in the discussion were some mentions of political and social reform.

We had been working with human rights activists and documentary filmmakers, helping to make connections and schedule private salons for their upcoming film, Free China.

We worked closely with Archbishop Tutu and the Chinese dissident who many know as the “blind dissident”, Chen Guangcheng, to raise awareness and rally support for change in China’s human rights practices.