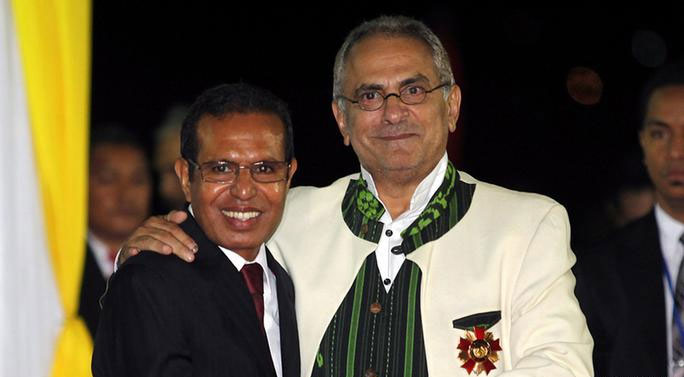 Nobel Peace Prize winner José Ramos-Horta was a freedom fighter for 24 years, working to throw off the brutal Indonesian occupation of his country and bring democracy to his people. His efforts came to fruition in 1999 when the UN sponsored a referendum allowing the Timorese people to vote to become an independent nation.

Ramos-Horta served as Foreign Minister for the new country, and Senior Minister of the Cabinet, and went on to serve as Prime Minister and President of the country.

In 2012 he was ready to step down and let the country elect the next President. Reluctantly, at the insistence of village leaders and others, he kept his name on the ballot, but declined to campaign, instead enjoying the rise of new, strong political parties in the country and a robust democratic election.

When the country elected a former guerilla leader, Taur Matan Ruak, as their new President, the international media, accustomed to covering elections as simple “horse races” missed the point.

We worked closely with Ramos-Horta on a piece that ran in both the New York Times and International Herald Tribune, and was quoted widely around the world.

Read it at the New York Times