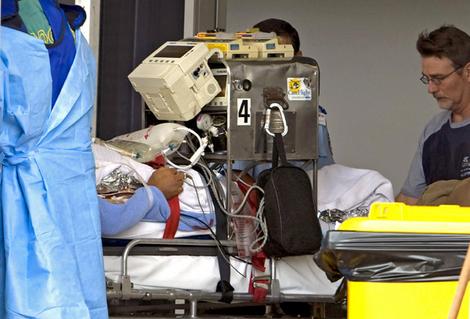 In February 2008 José Ramos-Horta was President of Timor-Leste (East Timor), and Chairman of the Advisory Board of Mary Wald’s web site, TheCommunity.com.

So the news that a would-be assassin had put three bullets in his back at his home in Timor created shock, horror, confusion and dread as we waited for news, as he was put into an induced coma and flown to Australia.

It would prove to be the turning point for the country, which had been embroiled in violent civil conflict. Renegade soldiers, on news of the attempt, had filed down from their mountain hideaways and turned in their arms. The country came together, demanding peace.

In April, 2008 Mary traveled to Darwin, Australia, to the safe house where Ramos-Horta was recovering. They sat together in his living room and wrote and edited the first written commentary he would issue on the events.

Read it on cnn.com